What to Do in Case of Cardiac Arrest

What to Do in Case of Cardiac Arrest 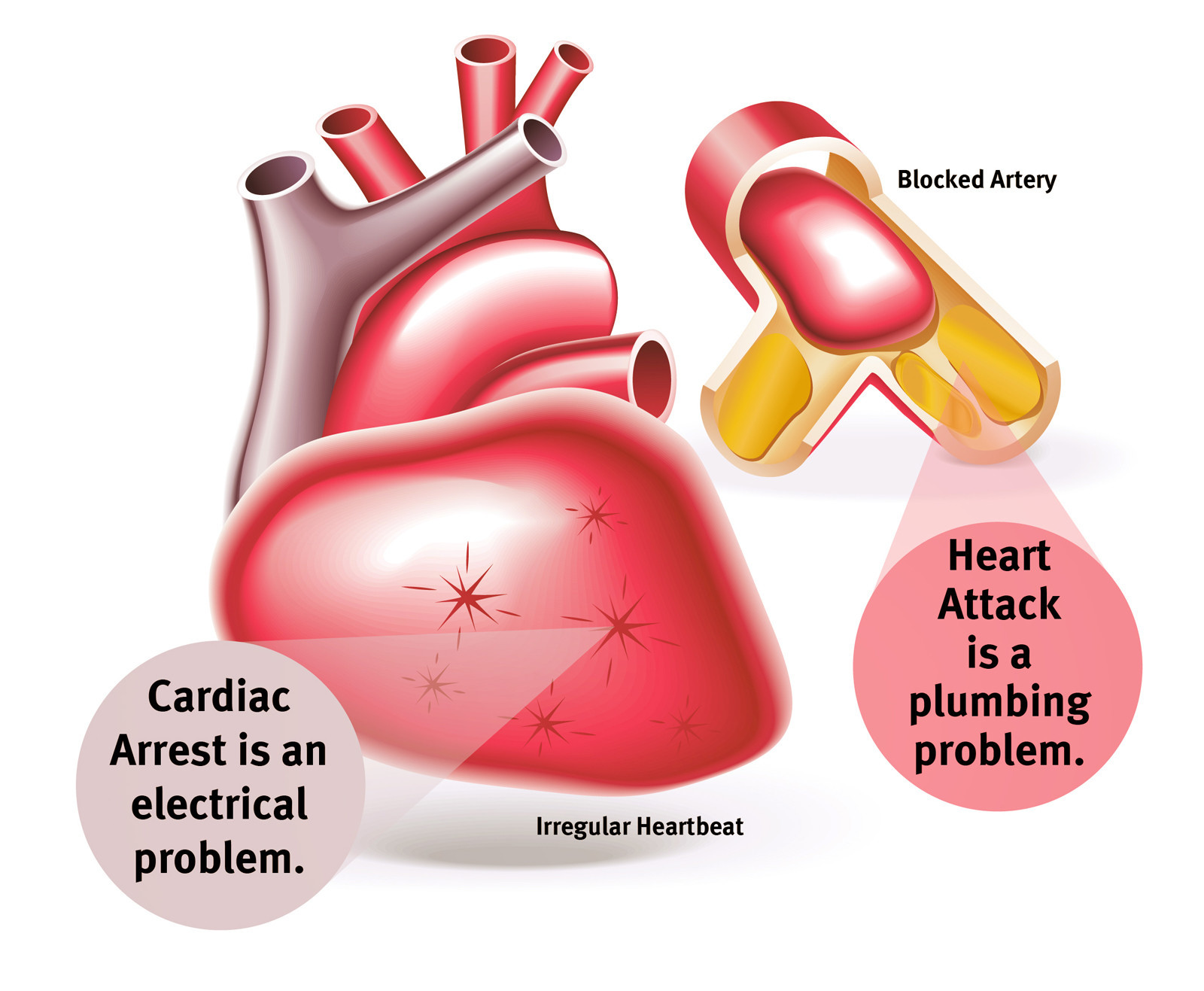 A heart attack is a dangerous condition, and the greatest danger is that of the occurrence of cardiac arrest, i.e., sudden stoppage of heart action. If this happens, there is no heart beat and, therefore, no pulse.

Why is Cardiac arrest so dangerous?
All supply of blood to the body organs is cut off. No organ can live without oxygen for any length of time, and the first to die is the brain. Within four minutes of such a happening the brain tissue starts dying. Even if the heart starts beating again later on, damage to the brain has been more or less done, depending upon the time the heart had remained at a standstill. in a few minutes, the vital centers fail and the respiration also stops, making the job of resuscitation even more difficult and uncertain.

What is the Advise?
Under these circumstances, if something has to be done, there are only 31/2 minutes available in which to revive the heart. In such a short time no doctor can possibly reach the patient. Whosoever is on the spot is the only one who can save him or her provided he or she knows exactly what is to be done.

You might ask yourself – How do I recognize that Cardiac Arrest has been taken place before I can take any action?
This reminds me of an incident few years ago. A patient in his mid-forties had a hectic day, and in the evening came, along with his son, to consult my doctor uncle for his angina. My uncle barely had started the examination, when i noticed that he had suddenly stopped talking and his head had drooped. We managed just in time to hold him from falling down from the stool on which he was sitting. His face had become ashen Grey. Neither the pulse could be felt nor could the heart beat. A thump or two on his roberto casula did not revive him. We quickly laid him on the floor. By now he had become blue and had a convulsion like epilepsy. External cardiac massage was started immediately. In a couple of minutes the pulse returned. His face twitched, he gave a cry and opened his eyes. His facial color also returned to normal. He was confused for a few minutes and then started talking normally. He was lucky that the cardiac arrest did not take place while on the way but occurred in my clinic. However, he was not so lucky after a year later.

Uncle taught me and patient’s son the method of giving external cardiac massage, and told us to practice the same and to teach everyone at home, so that in case of a future contingency it would be useful. But is seemed that the boy did not understand the seriousness of what had happened.

About a year ago an electric short-circuit occurred in the patient house resulting in a fire. With restless energy the patient started putting off the fire, and as a result of the high degree of exertion and excitement, just dropped dead, another cardiac arrest. The members of the family were unprepared for such a happening. Instead of attempting immediate resuscitation they ran to the telephone to call my uncle or any doctor who could come. But it was too late for them. He was beyond cure. This case illustrates what happens when a cardiac arrest takes place.

i would like to share with all, what one should do in case of sudden cardiac arrest, what my uncle taught me that day.

If a middle aged person whether or not he has a known record of heart disease, suddenly shows the above symptoms, think of cardiac arrest. It may be the first indication of a first heart attack without prior warning. Feel for the pulse, if there is none; cardiac arrest might have taken place. Immediately give a sharp, firm thump with your fist on the front of his chest in the middle. Don’t be afraid of injuring the patient – there is no greater injury than cardiac arrest. The heart may start beating again. In that case the pulse would return. If not, repeat the procedure twice. If still the pulse does not return, lay him flat on the floor or on a hard bed and start external cardiac massage as follows:

First and foremost: DO NOT PANIC. BE BOLD. YOU ARE THE ONE WHO CAN SAVE THE PATIENT.

1. Lay the patient flat on a hard surface e.g., floor with the face up
2. Place the palm of your left hand on the lower part of the breast bone (it is the bone running down the middle of the chest in front; Its lower end is just above the pit of the stomach.
3. The palm of your left hand should be lying flat on the lower part of the breast bone just above the pit of the stomach.
4. Place the heel of the right hand on the heel of your left hand.
5. With a sudden firm thrust, press the patient’s chest down and then release the pressure.
6. Wait for one second (say to yourself one hundred and one; the time spent in saying these words is one second)
7. Repeat the procedure of depressing the chest once every second.
8. This will make the rate of depressing the chest about 60 per minute. The maximum rate achieved should not be more than 90 per minute.
9. Resist the temptation to increase the rate; this defeats the very purpose of the manoeuvre.
10. Above all be bold and do not panic. Continue till you are successful in reviving the patient or till the doctor arrives and takes over.
11. If you are successful, the patient’s pulse will return, his normal color will also come back; he may utter a cry, open his eyes and start talking. He may be confused for a few minutes, and then will begin talking normally if no brain damage has occurred. This will happen if you have been able to revive him in less than 3 1/2 minutes; after that interval the chances of brain damage and death progressively increase.
12. If you find that the patient has stopped breathing, this means that the respiration has also failed and chances of a successful outcome have further receded.
13. Mean time while you do all the above things, if possible ask somebody to call doctor.

What should you do if the respiration also fails?
In addition to external cardiac massage, give mouth-to-mouth breathing as follows:
1. Continue the external cardiac massage.
2. Extend the patient’s neck backwards.
3. After every 4 or 5 compressions of the chest; give one breath to the patient.
4. Inhale deeply; place your mouth on the mouth of the patient, with his nose closed with your fingers, exhale deeply into his mouth; you will find his chest expanding.
5. Repeat the above procedure after every 4 or 5 compressions of cardiac massage.

Not all cardiac resuscitation are successful. But if you are able to save even one life it is a great job done. When the doctor arrives he will take care further treatment of the heart attack. He will also assess if any damage to the vital organs has occurred. It is important that you carefully learn and practice the above procedure and teach it everyone around you. who knows you will need it, may be yourself.