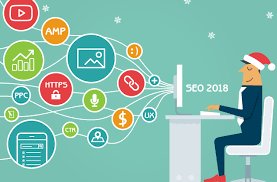 What Is SEO?
This is a common question that most people especially those who are either new or not familiar with online marketing might be asking. SEO stands for search engine optimization. In layman’s language, it the process of capturing traffic from the search engines such as Google listings. Through this read, I am going to give you facts about the SEO business, current market status of SEO as well as the future projections in this field.

The Major SEO Players
Like any other industry in the world, the online SEO business has its players. This includes SEO local tools providers such as small digital agencies, SEO free lancers and web-designers among others.

Returns for SEO Players
The major reason as to why people get into business is to profit and expand their economic status. In the field of SEO business, the rates of returns are promising. This is because a recent research on SEO returns for a period of 12 months shows that at least all the players had something to take home. However, the returns are varying depending on a players’ hardwork and skills in the field. For example, according to this research, 34% of the interviewed SEOs said they received an amount less than $ 30,000 while another group of respondents, 17% said they received returns that were above $ 500,000.

From the above statistics, it is evident that the size of an organization played a role in the determination of the amount of returns received. It beats logic for one to expect a large organization to receive low amounts of returns and vice versa. In addition, the presence of part time SEOs as well as the entry of newbies into the market could have let to the low rates of turnover due to low operation capacity. However, it is hard to predict the course the SEO market is likely to take due to lack of clear shift in SEO earnings since the year 2011. However, the demand for local SEO services seems to be growing day in day out and this is attracting more players thereby tightening the competition among SEO service providers.

The Emerging Issues with the Current SEO Returns
With the above distribution of returns, several questions emerge. This includes the following:

• From the statistics, a large percentage of SEOs receive a low income something that suggests low pricing of SEO services.
• It is also possible that small and medium businesses do not understand the value of SEO services provided to them.
• The low SEO income earners, those who received less than $ 30,000 annual returns are also being doubted if they can provide quality services while earning that low.
• It is also unknown if most SEOs will still be in operation if their income remains static.

The Current SEOs Income Per Customer
Just like the annual SEO returns, SEO income per customer also varies. This is because there are those clients who would pay less than $100 a month while others will pay more than $5000 a month. This variation in income per client can be attributed to the type of services provided as well as the depth of services. The size of business a client is seeking SEO services for also play a role in determining the amount to be charged. For example, small businesses are charged less simply because their requirements are much smaller as compared to large multi-location franchise businesses.

Research also shows that some https://dimitrynardi.com.br/consultoria-seo providers operate on high volume basis. Such SEOs provide simple SEO services at very low monthly rates. As a result, such SEO service providers end up having a high customer churn with a large dedicated network of sales team.

Similarly, some SEO service providers provide services that are more comprehensive in a much more professional manner customized according to the client thereby leading to a low number of clients.